Thomas B. Swanson received paralegal, law enforcement, counter-terrorism and investigative training in the United States Air Force. Swanson has been a Texas trial lawyer for over thirty five years and a teacher of paralegals for over thirty years.

He is presently an instructor and the Academic Dean at Center For Advanced Legal Studies, a private paralegal college in Houston, Texas. Over the last twenty-five years, Swanson has written numerous books and articles on matters ranging from law to security to investigations. He has also been an invited speaker to numerous industry groups to speak on topics relating to law, security issues and investigations.

1976 Keesler Air Force Base (Biloxi), Mississippi. Spent last four months of active duty in the Air Force as a "floater" at a base legal office helping in situations where needed, as a "short timer".

1976 Gainesville, Florida. Began studies at the University of Florida.

1978 Gainesville, Florida. Graduated with B.A. (Political Science) from the University of Florida.

1981 Houston, Texas. Licensed to practice law in the State of Texas.

1987 Began position as instructor of law at Center For Advanced Legal Studies, a private paralegal college, in addition to private law practice.

2000 Appointed to position of Academic Dean at the Center For Advanced Legal Studies. Continued in private law practice.

Swanson: Introduction to Law and Ethics for the Paralegal, 2nd Ed.; Greyhouse Publications [1993]*

Swanson: U. S. Politics and the Constitution, Greyhouse Publications [1993]*

Swanson: A No-Nonsense Guide for the Texas Notary Public [2013]; Amazon

Swanson: Security Against Liability; The Update (a publication of the Associated Security Services and Investigators of the State of Texas); Jul-Sep., 1993

Swanson: What Paralegals Need to Know About Personal Injury Law in 2008

Trials As Counsel of Record

Representation Of Clients Before Government Agencies

Texas Medical Board — representation of physician in disciplinary proceedings

Texas Nursing Board — representation of nurse in disciplinary proceedings

Invited speaker to June, 1993, meeting of Houston Chapter of Associated Security Services and Investigators of the State of Texas (A.S.S.I.S.T.) Topic: Premises Security 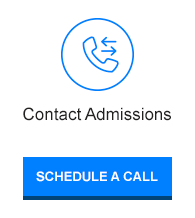