It’s a Wonderful Time to Be a Paralegal!

Let’s take a look back in time…

The typewriter offered not only much greater efficiency with respect to the preparation of legal documents, it also established a much greater uniformity.  The distinctive handwriting of the scrivener gave way to a new consistency in format and a greater focus on content.  The result was no less than a transformation of the practice of law, as well as the role of the paralegal.  The “Perry Mason/Della Street” era in the history of law practice had begun, and the legal secretary became the primary non-lawyer presence in the law office.

A change in skill-sets…

Scriveners typically had a significant knowledge of the law, including both Latin and vernacular terminology, as well as handwriting skills suitable for the preparation of legal documents.  The important qualities of the legal secretaries were rapid, accurate typing skills and the ability to take “shorthand.”  Thus, the specialized handwriting skills of the scrivener gave way to secretary’s skill in using symbols and abbreviations so as to take down the verbalizing of legal documents and correspondence from the attorney.  The ultimate effect of this change in skill sets was a wide range of variance of legal knowledge on the part of legal secretaries.  Some legal secretaries were “key beaters,” meaning that they prepared legal documents with little understanding of the law or the content contained in the documents that they prepared.  Others developed such a great understanding of the law that some legal secretaries became licensed attorneys without having to attend law school.

The introduction of word processers in the 1970’s and desk top computers in the 1980’s to the legal workplace ended the era of typewriters and “dictaphones” and eliminated the need for most legal secretaries to know how to take shorthand.  These advances in technology diminished the need for legal secretaries because drafts of documents could be easily edited, meaning that the preparer of a document did not have to re-type a corrected draft in its entirety.  Legal secretaries began to be replaced by paralegals, who were multi-skilled non-lawyers with formal education and training in the law.

Where we are now… 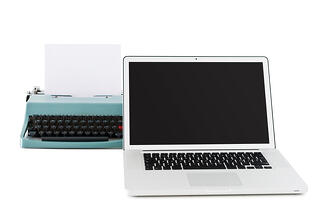 The most recent major change pertaining to the preparation of legal documents is the move to “formulary practice.”  It is characterized by comprehensive uniformity of document content in many practice areas, including real estate law, family law, probate law, debt collection law, and so forth.  For example, the State Bar of Texas offers comprehensive uniform document systems such as the Texas Family Practice Manual, Texas Probate System, and the Texas Collections Manual.  These systems are provided in paper and digitized formats and provide comprehensive “fill in the blank” forms for every aspect of the practice area.

In addition to formulary practice systems for specific practice areas, there are also general online formulary systems.  One such common system is ProDoc, which is owned by the same folks who own Westlaw.  ProDoc is a comprehensive online formulary system for both litigation and office practice documents and, like Westlaw, access is obtained by subscription (normally limited to legal professionals).  The advantage of the online system is that changes to documents mandated by amendments to statutes, regulations, and rules of procedure can be incorporated into system’s documents immediately.  Formulary documents are not identical because the needs and problems of clients vary.  Rather, formulary documents have basic formats that are capable of being edited.  This is just one reason why legal training is required in order to properly use such systems.  Using a formulary document without a complete understanding of the document and how it should be edited to suit a particular need or problem can harm rather aid the client.

A word of advice to paralegal students and working paralegals:  When preparing a document from a formulary system, review it carefully before sending it to the attorney for review and again before sending it out.  Do not simply “press a key and assume that all is well.”  Remember that a critical duty of the paralegal is “quality control” so that errors are avoided.

The move to formulary practice of law should reduce the cost of legal services and lead to new duties and challenges for the 21st Century paralegal.  What a wonderful time in history it is to be a paralegal!

Thomas B. Swanson, J.D. is the Academic Dean at Center for Advanced Legal Studies and has been teaching at CALS since 1987.  He received his Doctor of Jurisprudence from South Texas College of Law in 1981; prior to that he served in the Air Force as a paralegal and obtained his undergraduate degree from the University of Florida.  “Give me students with a little bit of interest in the law, and they’ll have a whole lot of interest before they leave.”

Are you wanting to find out for yourself why now is a wonderful time to become a paralegal?  Contact us at info@paralegal.edu or 1.800.446.6931 with any questions about the paralegal profession or our paralegal programs.